SynMag International has published a special issue about the modular system: Working With Modular. 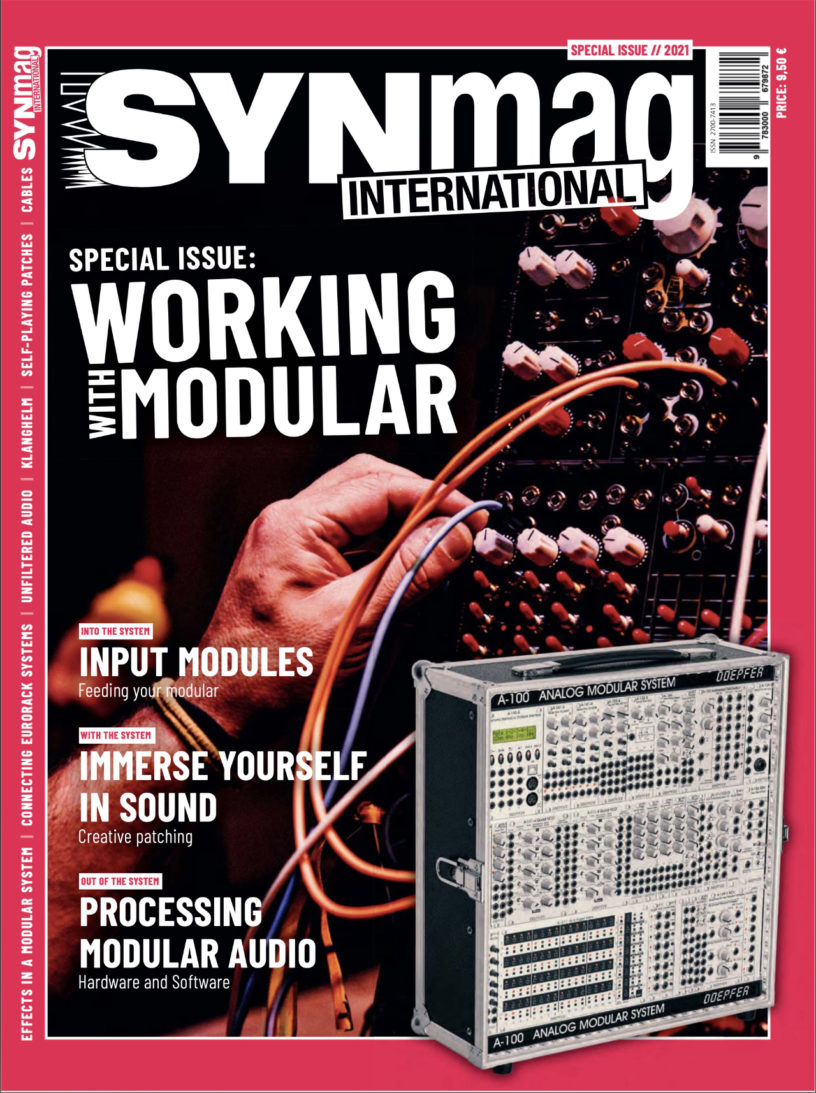 We are happy to announce that the Flame Vocorder will be available soon!

The Flame Vocorder module is a compact combination of an analogue vocoder and digital CV recorder (looper). At its heart is an 8-channel analogue vocoder with a total of 16 analogue bandpass filters for analysis and synthesis.

The analogue analysis envelope CVs are digitised and output to the analogue VCAs of the synthesis bands via a DA converter.
With the help of the record function, the envelope CVs of the analysis channels can also be recorded digitally and played back in the loop. You can manipulate the playback in different ways: swap channels on the fly (rerouting), change speed and playback direction, etc.

The module can also be used for "normal vocoding": the envelopes are always looped through via AD/DA conversion (direct vocoding) and can of course also be recorded. During playback, the analysis unit is ineffective because the envelopes are played back from the memory. 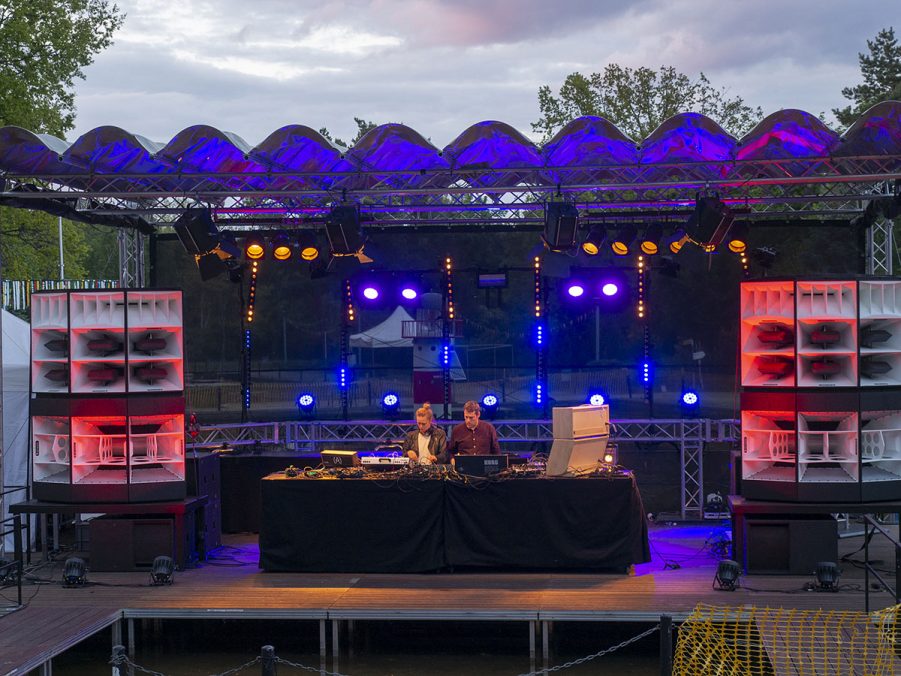 Recently Cornelius Wildner & Erka Shalari reached out to Berlin to interview Andreas Schneider and Andre Kaufmann as heads of Superbooth for “LES NOUVEAUX RICHES” – an art and culture magazine based over in Vienna. Talking about how it all came to live the interview rolls out the historic back ground of the event which is certainly more than just a fair for traders and draws a fine lined picture of the current situation. Read it all here! 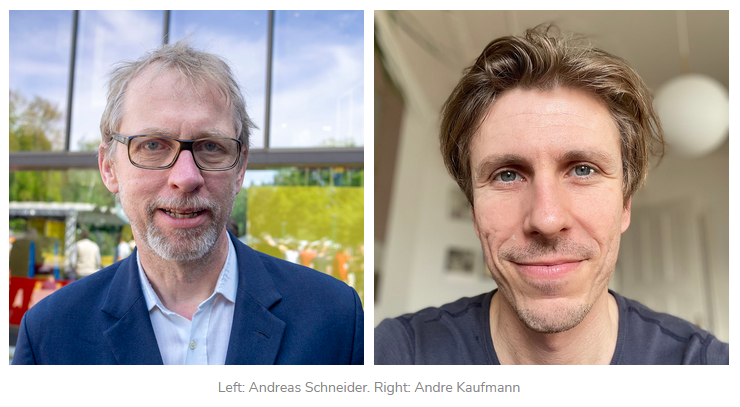 Today we look at Weather Drones by Eowave, a fully featured synth voice with a triangle based oscillator including a waveshaper and a spread option for generating up to 8-triangle waves at the same time. Then you get a simple envelope and LFO, a lowpass filter and a sample and hold / noise section. Most parts can be used independently, but together they give you a sonically rich synthesizer with lots of character for a very fair price.
We think Weather drones is a very good option as an additional complete voice for your existing system, a voice that has a sound of its own, good for experimental sounds, techno and sound design.

In this video you will here this interesting module in different musical contexts to get an idea about the sonic possibilities this Weather drones brings to the table.

The Analogue Systems RS-360 Phase Filterbank is now available with Dual Bus featuring two power connectors, meaning the module can be directly connected to either an Analog Systems or a Doepfer modular system. – Adapters are no longer necessary. 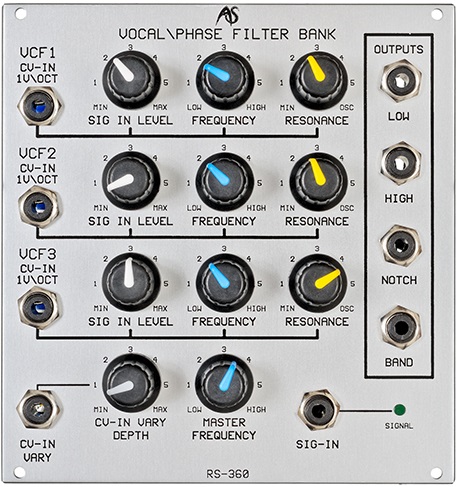